How To Fill Open Jobs In Fort Myers 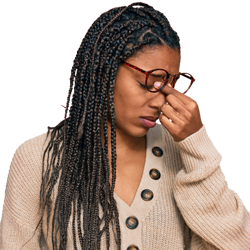 According to the US Census Bureau, there are 32,556 businesses in Southwest Florida. Some of these companies are small. Some are large. Some sell machine parts. Some sell software. Some provide legal services. Some provide eyecare.

Regardless of the size of the business or what it sells, all of these local companies have one thing in common: they are struggling to fill open jobs with qualified candidates. This is true in Fort Myers as well as Naples, Cape Coral, Marco Island, Punta Gorda, and every point in between.

Right now, across the country, according to the Bureau of Labor Statistics, there are 10.9 million open jobs. This is an all-time record.

To put this mammoth number of open jobs in perspective, the Federal Reserve says there are now five job openings per every four unemployed people.

Attempting to recruit SWFL workers from the ranks of the unemployed has proven fruitless for local companies. This is because many people who lost their jobs during the pandemic have no intention of returning to the workforce anytime soon.

There are several reasons so many Fort Myers area workers are not coming back.

First, older workers have opted to retire earlier than expected. Second, childcare issues are making it necessary for some parents to stay home. Third, other workers cite health safety issues for the reason why they chose not to work. Finally, some of the unemployed are choosing to live off the savings they amassed during the pandemic.

So rather than focusing recruitment efforts among former employees and the ranks of the unemployed, local business owners need to target the 421,026 passive job seekers in SWFL.

END_OF_DOCUMENT_TOKEN_TO_BE_REPLACED

How To Bring Employees Back To Your Southwest Florida Small Business 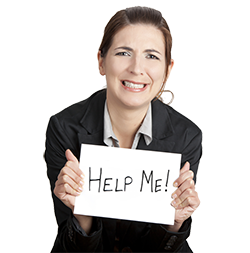 In January, Fort Myers-Naples area small business owners were in a panic. The unemployment rate was at a record low 2.8%, and there were not enough workers to fill their open jobs.

As of today, though, Florida is reporting that at least one-in-six of the state's workforce have lost their jobs for COVID-19 related reasons. Yet, many small business owners are still struggling to find employees.

According to The Wall Street Journal, "For some workers, unemployment benefits are now paying more than their old jobs did. For others, safety concerns or a lack of child care, as most schools and day-care centers remain closed, are making them hesitant to go back."

“That’s going to get in the way of any real recovery,” Douglas Holtz-Eakin, president of American Action Forum and former director of the Congressional Budget Office, told WSJ.

The struggle to hire employees creates an additional threat for those SWFL small business owners who received loans under the SBA's Paycheck Protection Program.

To qualify for the loan forgiveness provision of the PPP, business owners must restore its workforce to pre-Coronavirus levels. This must be accomplished within eight weeks of receiving the monies.

So, just like in January, local small business owners are under pressure to fill open jobs. Advertising on Fort Myers radio is a potent way to attract and hire the needed employees.