Really? Did you just call the 807,219 people who tuned-in to a Fort Myers radio station last week nobodies?

Don't worry, though. You are not the first SWFL advertiser who has made that mistake.  Media expert Doug Schoen used to share the same opinion. He came clean in a Forbes article.

"You wouldn't know it from all the media coverage focused on streaming video and streaming music," says Mr. Schoen, "but recent Nielsen data shows radio actually has the most reach among American media consumers. 93% of adults listen to the radio each week as compared to 87% who watch TV, a substantive difference."

This is true in Southwest Florida, as well, where Fort Myers radio listeners far out-number the people who watch local TV; read local newspapers; or logon to a streaming audio site like Pandora and Spotify.

This is true in Fort Myers, as well, where radio listeners far out-number the people who watch local TV; read local newspapers; or logon to a streaming audio site like Pandora and Spotify.

In fact, 92% of everyone in SWFL, on average, spends almost two hours per day listening to local radio. And no, that's not just Baby Boomers. It's millennials. It's Generation X. Generation Y. And it's Generation Z. It's everybody. 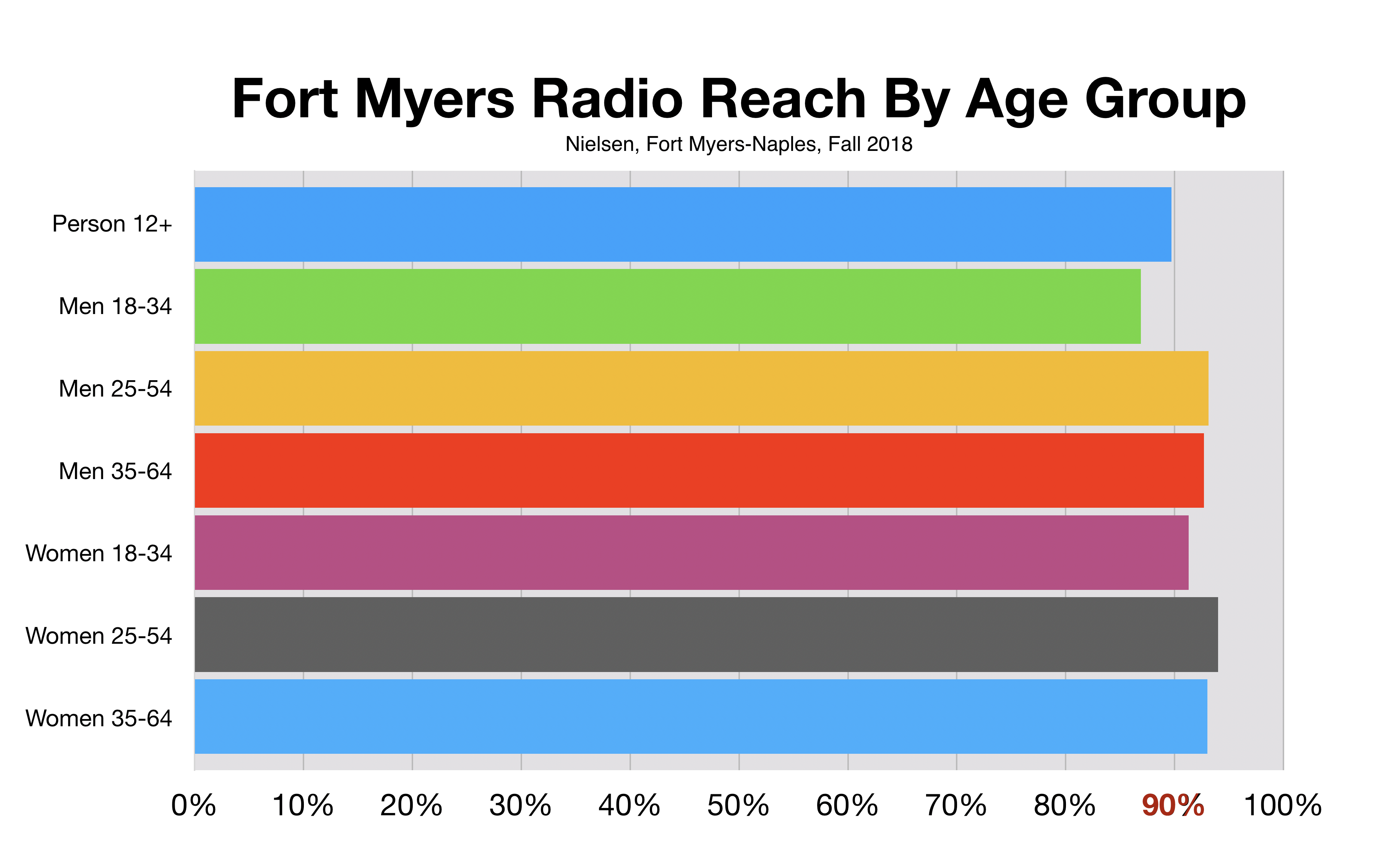 Radio's multi-demographic appeal is a major reason Deloitte, the world's most trusted business consulting firm, recommends that radio advertising "should be a big part of the mix for those buying advertising."

The "nobodies", then, who listen to Fort Myers radio represent only 8% of the entire population. So, how does this minuscule, non-listening population stack-up to the 92% of consumers who do tune-in each week?

Compared to radio listeners in Southwest Florida, non-listers are:

Based on information such as this, Mr. Schoen, who you met at the beginning of this article, recommends that radio is still a powerful way for all business owners to advertise.

"As a marketing professional with over 35 years of experience," says Mr. Schoen, "I found this data nothing short of fascinating. It’s quite clear that we should all be paying more attention to radio, its reach and potential to help our businesses. It’s doing the job with expert efficiency."