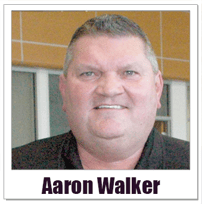 The way Mr. Walker sells cars is unique. "The price we advertise is the exact price our customers can buy the car for. It includes tax, title, and delivery. Other dealers will often offer misleading pricing and then bury the true cost in fast-talking disclaimers that not even other dealers can understand."

"For instance," he says, "one competitor will advertise an $89 monthly payment for a certain car. Then tag on the incomprehensible fast talk at the end. The customers feel lied to when they show up to buy the vehicle and find out it will require an $8200 down payment to drive it out. We don't do that. Naples Nissan only advertises transparent pricing. We never need a disclaimer."

"It was a bold move we made to advertise transparent pricing. At first, the prices in our ads seemed more expensive than our competitors. It took about six months for our message to sink in that our prices were the real thing. But, then our consistency and patience paid off."

"Since we started advertising on Fort Myers radio," says Mr. Walker, "that has reversed. We are now pumping-in far more cars than we are pumping-out. We are seeing a lot of new customers coming in from Cape Coral, Bonita Springs, Marco Island, Lehigh Acres, and Golden Gate. These are all customer who are fed up with other dealers' misleading commercials and come to us because of our transparent pricing."

Mr. Walker says he has hundreds of other personal examples that his advertising on Fort Myers radio works. His favorite happened a short time ago. "I was being prepped for an out-patient procedure (one recommend for men of a certain age) not too long ago. One of the nurses saw my name on the chart and asked if I was the guy from the radio. When I said yes, she began to share the news excitedly with all of the other nurses and doctors within in earshot."

Any SWFL Small Business Can Benefit From Radio Advertising

Mr. Walker believes that with the right message and with patience, most Southwest Florida small business owners could benefit from advertising on Fort Myers radio. "First, make sure you have a precise message. You have to respect the listeners' time. Only share useful and relevant information that they can use."

"Second, Be sure you are prepared to handle the website traffic your commercial will create. It will be off the charts. I know that my radio advertising is responsible for most of the 4000+ live-chat sessions that happen each month on the Naples Nissan site."

"Finally," says Mr. Walker, "it could take six months before an ad campaign can produce significant results. I know this firsthand. As a matter of fact, I am anxious to start a new campaign for an online, easy purchase option we are offering. I am hesitant to take the leap, though, because I know it will take six months of consistent advertising. That's tough to do when my current campaign is producing record-breaking results."