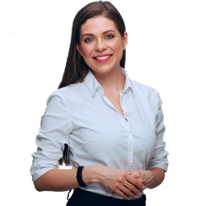 Based on statistics from the Bureau of Labor Statistics, before the COVID-19 crisis, Southwest Florida households were putting more than $2.9 billion in the bank every year.

Since February, however, Fort Myers-Naples area banks and credit unions noticed that customers' savings accounts were beginning to swell to record levels.

According to the Federal Reserve, for many years, the personal savings rate has hovered well below 10%.  The PSR is the percentage of personal disposable income that remains after taxes and all other spending.

In April of this year, the PSR hit an all-time high of 33%. The rate remained at stratospheric levels in May, as well. The previous record high was 17.3% in September of 1975 at the tail-end of a deep recession. 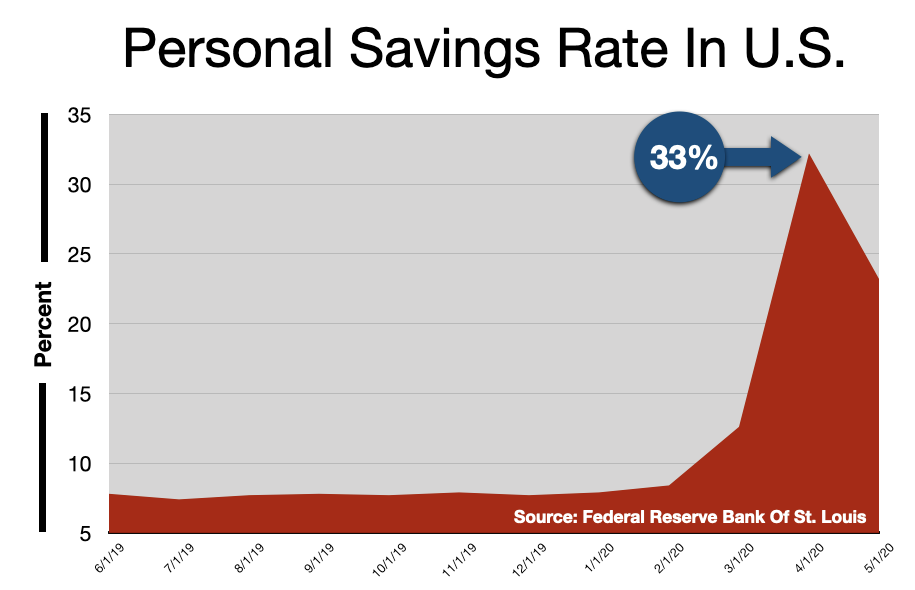 There are more than 4547 banks and credit unions in Florida that would love to earn a large share of this infusion of new savings. To compete, though, requires advertising.  By almost any metric, the best way to reach new depositors is by advertising on Fort Myers radio.

Each week, Fort Myers radio reaches more households that are likely to have savings accounts or certificates of deposits than all other local media. 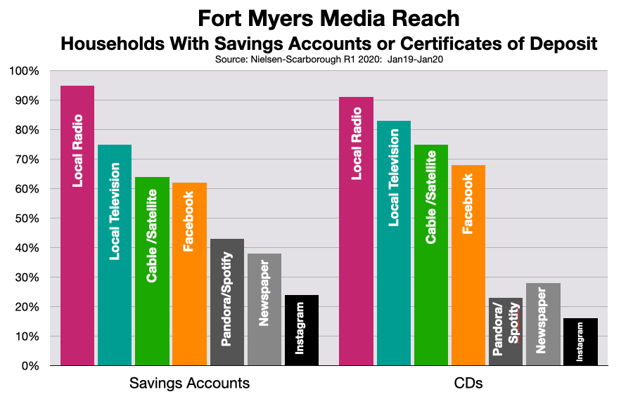 Reach, according to a study by Nielsen, is crucial to the success of an advertising campaign. After the message itself, for an advertiser, the number of different people exposed to a message has the greatest effect on sales increases.

It turns out that reach, is more important than branding, recency, targeting, and context.

According to more than 20 ROI studies conducted by Nielsen, on average, advertising on local radio returns $1000 in sales for every $100 invested. AdAge Magazine says when executed correctly, radio advertising can deliver a greater ROI for a local business than investing TV, digital, or social media ads.

Fort Myers-Naples area banks and credit unions will need to start advertising soon to capture a share of the millions of additional dollars flowing into savings. Many economist believe the PSR will begin a slow regression to the mean.

“That type of cautious behavior a will start to diminish as soon as people feel more secure about the future of the economy, and I think people are feeling better than they did in the middle of March, but I don’t think we’re back to a baseline normal level of security,” Professor Brigitte Madrian recently told the Wall Street Journal. She is the Dean of the business school at Brigham Young University.

“We’re likely to see personal savings rates stay high for a little bit, but it’s not going to stay at 33%, but it may very well be higher than historic averages until the economy gets closer to being back to normal.”