Independent research supports Rock Solid's strategy of using advertising on Fort Myers radio as the foundation of its marketing strategy.

According to Nielsen, Fort Myers radio reaches significantly more consumers than other local media among people who plan to spend on $5000 or more on kitchen or bathroom remodeling (the primary reason for buying natural stone countertops). 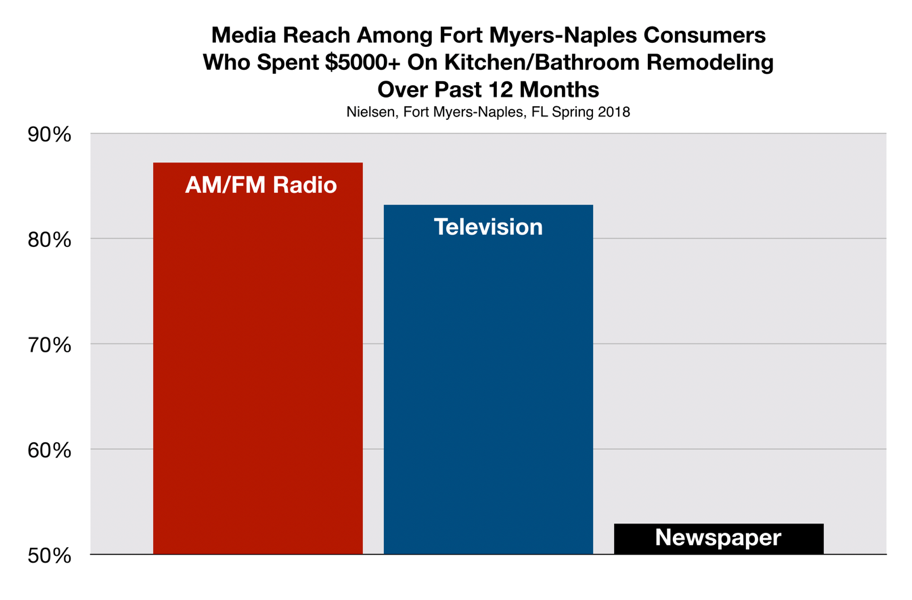 "Recently," says Mr. Krinsky, "our business has slowed a bit. It is primarily because people have had to re-prioritize their remodeling projects as they continue to recover from the effects of Hurricane Irma. As a result, we have temporarily trimmed our marketing budget."

"We have cut out our newspaper advertising completely and have taken a hiatus from television. But we have stayed pretty true to our commitment to advertising on Fort Myers radio. It is what initially helped us build the business into one of the top countertop companies in Southwest Florida."

"No other medium can give us the reach we need. And radio provides us with the absolute lowest cost per exposure. All advertising is familiarity. It's much easier to close a sale in-store if you can focus on selling your products and not your company. Advertising on Fort Myers radio helps us do that."