Just about every adult in SWFL spent, on average, 15 hours last week listening to the radio.  As a matter of fact, more people tuned-in to their favorite Fort Myers radio station than watched TV; read a newspaper, or logged-on to Pandora and Spotify. 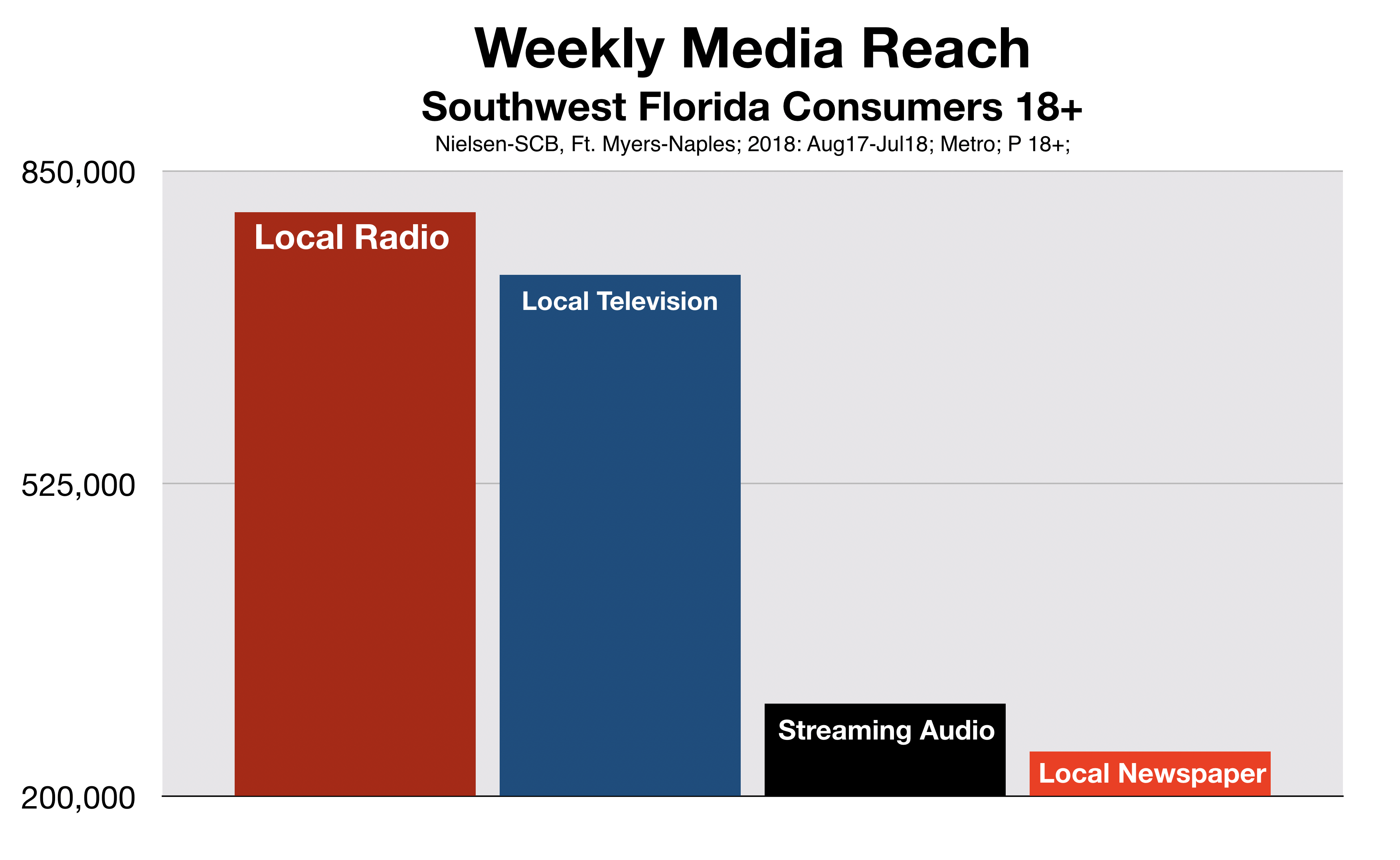 "Sure," a Naples small business owner said to me. "People are still tuning-in to local radio stations, but do they switch stations when my commercial comes on?"

Not to worry. Unlike TV, which makes avoiding commercials a breeze, there is no ad-skipping technology for radio.  As a result, a study by Nielsen reveals that 93% of radio listeners stick around for the ads.

This raises the question: Consumers are not button-pushing during radio commercials, but are they paying attention to the content of the advertising? Research says YES.

Radio advertising is converting listeners to customers. Here is the proof.

A study conducted by Dial Report, a company that measures advertising attribution, revealed that retail traffic was 22% higher among consumers who were exposed to a business's radio commercials.

These results varied by product category, but in all cases, radio advertising had a dramatic effect on in-store foot traffic.

These results varied by product category, but in all cases, radio advertising had a dramatic effect on in-store foot traffic. 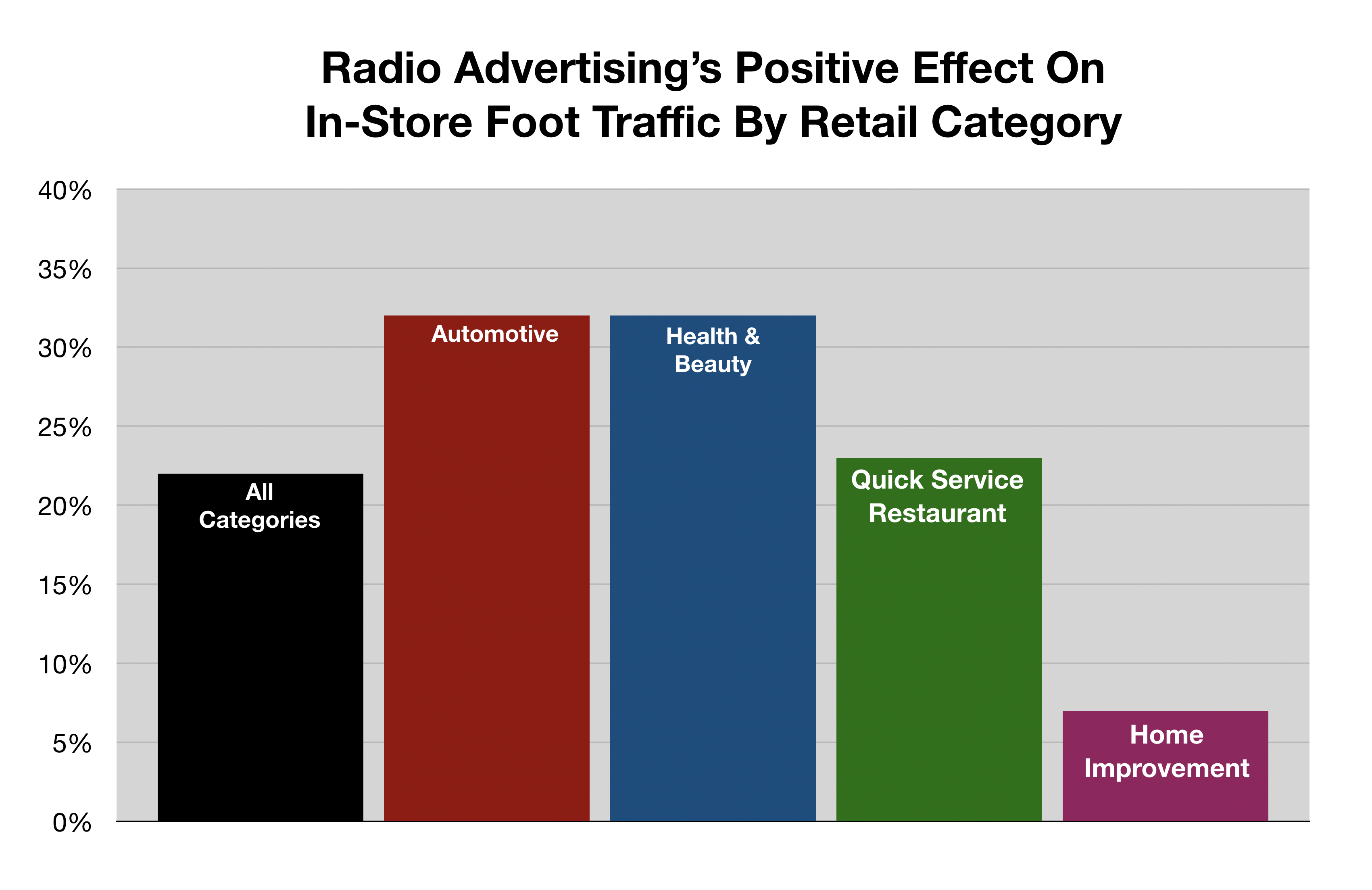 Not only has radio advertising been proven to have a significant effect on in-store foot traffic, but it has also can compel listeners to visit a business's website.

According to research by Sequent Partners, radio advertising created a 29% increase in online search activity for the product categories and brands that were involved in the study.

The study measured the website visitation increases generated by 2100 local radio ads across six different product categories. The results were definitive. Radio drove listeners to the web for more information.

The study first looked at the number of Google searches that typically occur for the subject product category and brands. This information creates a baseline of pre-radio expectations.

Next, search activity was measured for the times when radio advertising occurred for the subject categories and brands. The results were overlaid on the baseline.

Most importantly, radio proved to be successful for every brand involved in the study. 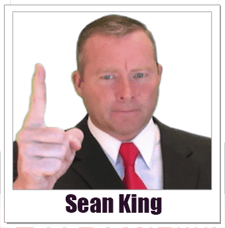 "My commercial has been on every day for the past seven years. Advertising on Fort Myers radio helps me reach clients from Marco Island to Venice. No other media has that kind of coverage."

Starting with his very first commercial on Fort Myers radio, Mr. King has included the use of a musical jingle consisting of his, now, ubiquitous phone number. "Adding radio to my marketing plan allowed for the frequent repetition of the jingle. Now, almost anyone who hears my name in Southwest Florida can recall my phone number from the jingle. So, when anyone needs legal advice, they know how to reach me." 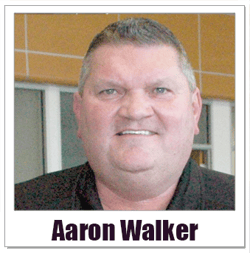 The evidence is overwhelming. Consumers, absolutely, do listen to commercials on Fort Myers radio. More importantly, these listeners become customers.

He also has hundreds of other personal examples that his advertising on Fort Myers radio works. His favorite happened a short time ago.

"I was being prepped for an out-patient procedure (one recommend for people of a certain age) not too long ago. One of the nurses saw my name on the chart and asked if I was the guy from the radio. When I said yes, she began to share the news excitedly with all of the other nurses and doctors within in earshot."

As far as Mr. Walker is concerned, there is only one medium he can count on to deliver his message: Fort Myers radio.

The evidence is overwhelming. Consumers, absolutely, do listen to commercials on Fort Myers radio. More importantly, these listeners become customers.