Next year marks the 80th anniversary of WFTM, the first radio station in Fort Myers.

Since 1940, Southwest Florida small business owners have depended on radio advertising to market their goods and services to local consumers.  During the next 12 months, these consumers are expected to spend $22.5 billion.

By any measure, radio is still the best way to advertise in SWFL. Last week, for instance, significantly more consumers tuned-in to a Fort Myers radio station than watched local TV; read a local newspaper; or logged-on to Pandora and Spotify. 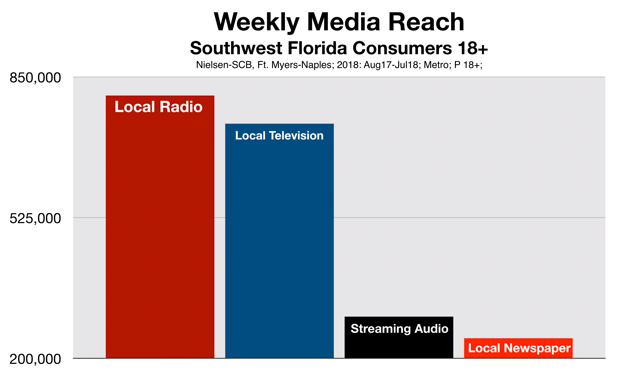 To buy radio advertising effectively, there are some terms every Fort Myers-Naples area small business owner should know.  Here is a list of helpful definitions.

Definitions provided by the American Association of Advertising Agencies