Keeping Your SWFL Small Business Healthy During The Corona Crisis 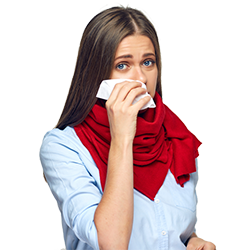 The top concern of every Southwest Florida small business owner is the health and safety of their families and employees.  Local information and breaking news regarding the Coronavirus is available by clicking here.

Of course, a secondary concern is tending to the health of their business amid an overabundance of social and financial disruptions.

There is one prescription that helped many SWFL businesses survive the Great Depression of 1929, the economic crash of 2009, and every recession in between.  The Rx for keeping a business healthy during chaotic times is to continue advertising.

The best example of how advertising can fend off tough times was shared by The New Yorker magazine financial columnist James Surowiecki.

“In the late nineteen-twenties, two companies, Kellogg and Post, dominated the market for packaged cereal," writes Mr. Surowiecki. "It was still a relatively new market: ready-to-eat cereal had been around for decades, but Americans didn’t see it as a real alternative to oatmeal or cream of wheat until the twenties.”

“So, when the Depression hit, no one knew what would happen to consumer demand. Post did the predictable thing: it reined in expenses and cut back on advertising. But Kellogg doubled its ad budget, moved aggressively into radio advertising, and heavily pushed its new cereal, Rice Krispies. (Snap, Crackle, and Pop first appeared in the thirties.)

“By 1933, even as the economy cratered, Kellogg’s profits had risen almost thirty percent, and it had become what it remains today: the industry’s dominant player.”

The business literature is thick with similar examples.

In a recent article in Forbes, media consultant Brad Adgate explains that "In the 1990-91 recession, Pizza Hut and Taco Bell took advantage of McDonald’s decision to drop its advertising and promotion budget. As a result, Pizza Hut increased sales by 61%, Taco Bell sales grew by 40%, and McDonald’s sales declined by 28%."

Most Fort Myers-Naples area business owners do not have the deep pockets of Kellogg's or Pizza Hut. So, it is inevitable that some advertising budgets may need to be trimmed or re-configured.

There are many media options available to small business owners for marketing their goods and service.  By any metric, however, the most effective and efficient choice is advertising on Fort Myers radio.

According to Nielsen, the most potent media element of a marketing campaign, as it relates to sales, is reach. This is the number of consumers who actually are exposed to an advertiser's message.

The most dramatic example of Fort Myers radio's reach advantage is among millennials.

Another reason advertising on Fort Myers radio during an economic downturn makes sense is the medium's well-documented return-on-investment (ROI).

Over the past few years, Nielsen has conducted over 20 studies to determine what type of ROI a business can expect from radio advertising.  Although the results varied by industry, the average company generated $100 in sales for ever $10 invested.

During chaotic times, many SWFL small business owners  face an existential dilemma. They can "sink the boat" by making a tough decision that does irreparable harm to their company. They can "miss the boat" by letting a great opportunity pass by. Or they can heed the lessons from the survivors from other downturns.

The Chinese word for crisis is composed of two characters signifying danger and opportunity" Many successful brands and companies have been launched during less than optimum circumstances. These companies viewed their situation through a different lens and saw it as an opportunity:


The economist Frank Knight made the distinction between risk and uncertainty.

Risk describes a situation where you have an understanding of the range and likelihood of possible outcomes.

Uncertainty describes a situation where it is not at all clear what might happen, let alone how likely the possible outcomes are. Uncertainty is dominating everything today, which is why consumers will seek safe havens, which means there is an opportunity for those advertisers who remain “visible” with the right tone and messaging, that contributes to stability in this uncertain time.

No one knows how long the coronavirus crisis will last. But it is inevitable that SWFL small business owners who can keep their heads while others around them lose theirs will emerge better positioned for continued success.

The bottom line is that those who are willing to take some risk will always find there are more opportunities than obstacles. Hide from risk, and you hide from its rewards.