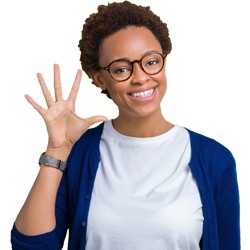 As the pandemic rages on, advertising is no longer a luxury for the 30,689 small businesses in the Cape Coral-Fort Myers, FL Metro Area.
As cash becomes precious, though, Fort Myers area small business owners and retailers need to ensure that every dollar spent  on advertising has a significant effect on sales.
To make the best advertising choices, thousands of local business owners have sought advice and direction from www.AdvertiseInFortMyerscom.  Here is a recap of the top 5 articles read on the site during 2020. 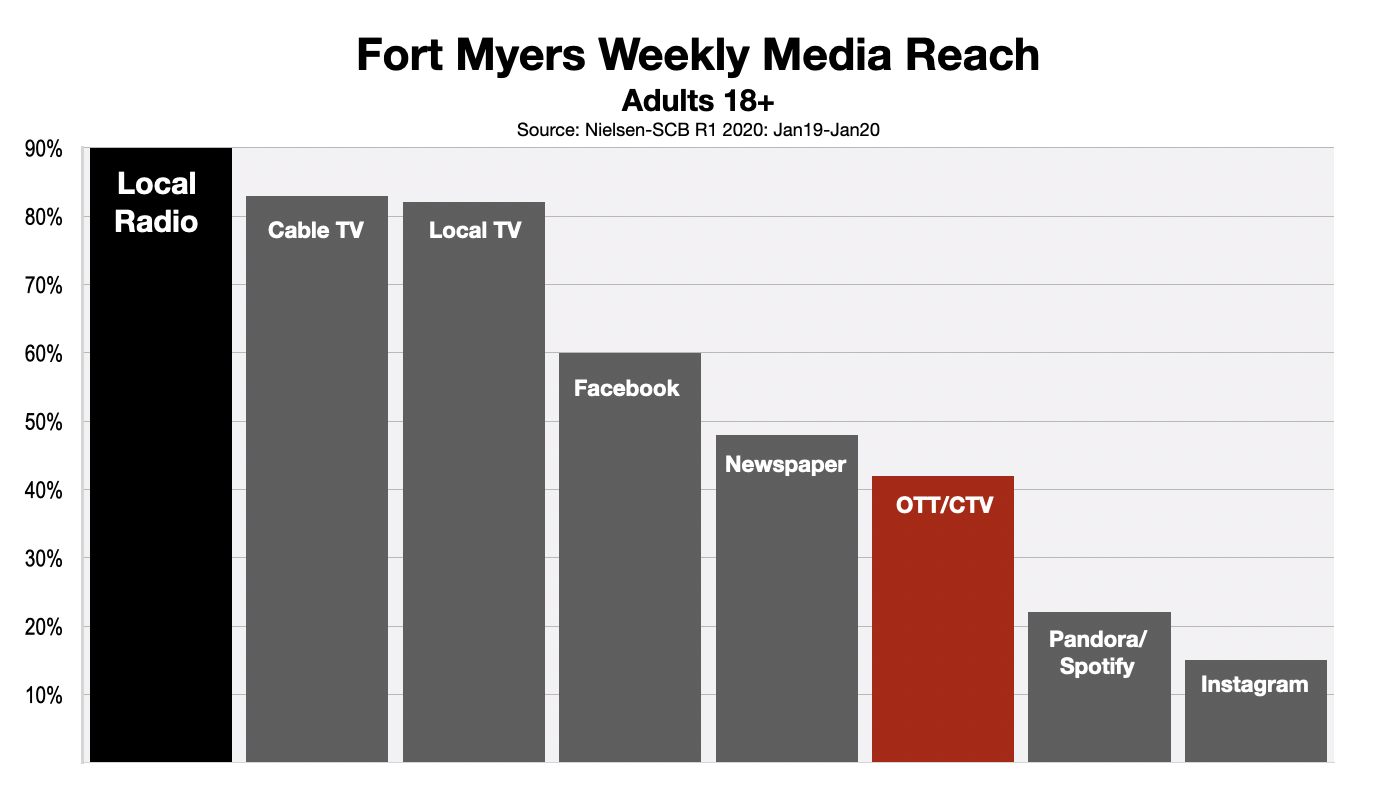 Although both broadcast and cable TV still maintain a reach advantage, the amount of time consumers are spending with OTT and CTV programming is staggering.

Who Listens To Commercials On Fort Myers Radio? 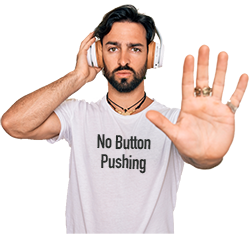 Every week, 807,219 adult consumers tune-in to a Fort Myers radio station. That is way more than are reached by other media, including local television, newspaper, social media, or streaming audio sites like Pandora and Spotify.

A more significant number for thousands of Southwest Florida small business owners who advertise on Fort Myers radio is how many of these listeners stick around when their commercials come on.

A 2011 Nielsen study discovered that, on average, 93% of listeners stayed with the radio station they are tuned-to when the commercials come on. That number amazed many advertisers at the time who believed that audiences were far more likely to defect when the music stopped.

A lot has changed since 2011. SWFL consumers have many more media options and can instantly connect to each  with a button-push, mouse-click, screen-tap, or voice command. With all of these choices, do radio audiences still stay tuned during commercial breaks? 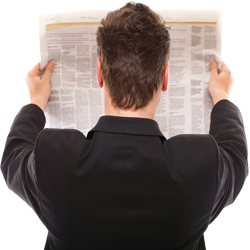 Southwest Florida business owners are expected to spend $24.3 million on newspaper advertising in 2020. This will be 34% fewer dollars than were spent in 2019, according to a study by Borrell Associates, a company that analyzes local media expenditures across the country.

Of course, the pandemic is part of the reason advertising revenues have plummeted at Fort Myers area newspapers. But, the more significant factor is the sustained erosion of readership.

For example, between October 2017 and March 2019, the Monday-Saturday circulation of the News-Press has decreased by 29%. The Sunday edition suffered a 30% decrease.

What Is The Best Way To Reach Online Shoppers In Southwest Florida? 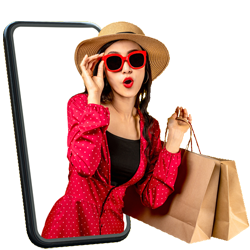 Southwest Florida shoppers are expected to spend a record $2.9 billion online in 2020, based on the most recent projections from eMarketer. This would represent year-over-year growth of 32.4%.

During the same period, according to eMarketer, receipts at brick-and-mortar stores have contracted by 3.2%.  Overall, excluding gas and auto sales, e-commerce will account for 20.6% of all retail sales this year.

The Coronavirus pandemic is credited with this seismic shift in shopping behavior as consumers continue to avoid stores and opt for online shopping.

“We’ve seen e-commerce accelerate in ways that didn’t seem possible last spring, given the extent of the economic crisis,” said Andrew Lipsman, eMarketer principal analyst at Insider Intelligence. “While much of the shift has been led by essential categories like grocery, there has been surprising strength in discretionary categories like consumer electronics and home furnishings that benefited from pandemic-driven lifestyle needs.”

Even before the onset of the pandemic, 73.9% of Fort Myers-Naples area consumers had bought goods online over the prior six months, according to Nielsen research. Purchases included clothing, health & beauty products, travel reservations, books, furniture, and groceries.

During June, 730,700 Southwest Florida adult radio-listeners spent two hours per day listening to their favorite Fort Myers stations, according to Nielsen. Although local consumers had spent fewer minutes listening at the onset of the pandemic, the current time tuned-in remains little changed compared to a year ago.

Some advertising experts had predicted that as consumers spent more time at home because of COVID-19 concerns, the hours devoted to radio listening would decrease. That, however, was not the case.

In June of 2019, according to Nielsen, 33.3% of radio listening occurred at home. During July of this year, in-home listening jumped to 38.6%. Despite the reduction in out-of-home activities, though, consumers still spent nearly the same amount of time listening to Fort Myers radio.