Best Way To Advertise In Fort Myers With A Limited Budget 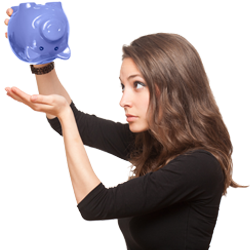 "Think you have a great product?" asks the US Small Business Administration. "Unfortunately, no one’s going to know about it unless you advertise.”

The SBA goes on to say, “Advertising, if done correctly, can do wonders for your product sales, and you know what that means: more revenue and more success for your business.”

According to the US Census Bureau, there are 51,360 small businesses in the Fort Myers area. This geography includes Fort Myers, Cape Coral, Immokalee, Naples, San Marco Island, and every point in between.  Most of these diminutive companies have limited dollars to invest in advertising.

Advertising successfully in SWFL is achievable, though, with a small budget if the available funds are invested wisely.  Oftentimes, this means selecting one medium rather than spreading money over several.

So which medium makes the most sense for small business owners with limited budgets? By most key advertising metrics, advertising on Fort Myers radio is the best option.

Every week, according to Nielsen, 831,247 adult consumers tune-in to a Fort Myers radio station.  This is significantly more people than are reached by all other local advertising options, including TV, cable, streaming video, streaming audio, social media, and newspapers. 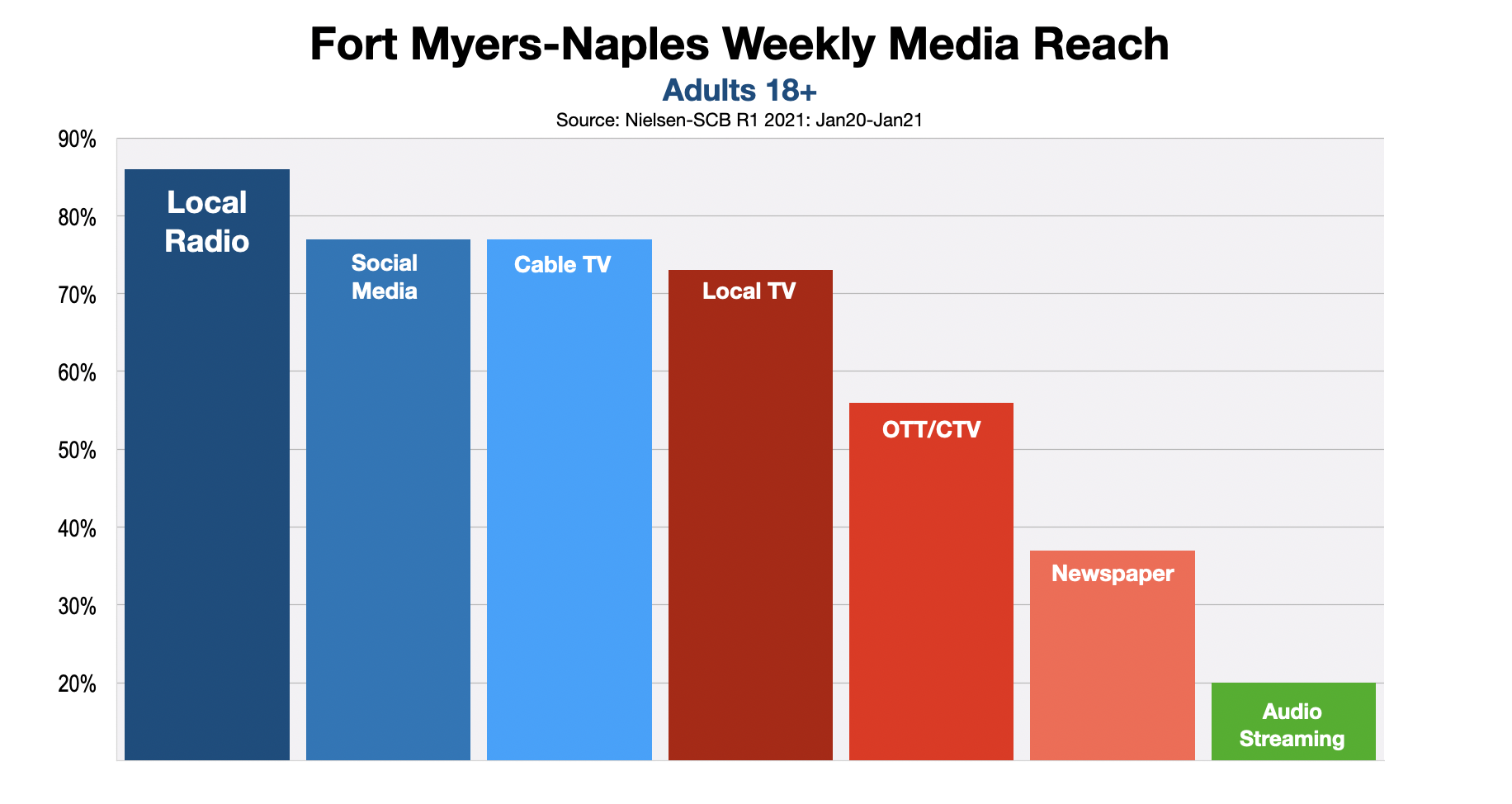 Reach, according to Nielsen, contributes more to the success of a radio campaign than all other media considerations. Only the message itself has a greater effect.

There are benefits for a local business owner to advertise on any of the top reaching options including Fort Myers TV, local cable, or social networks. Only radio, however, reaches the bulk of consumers who use those other media. 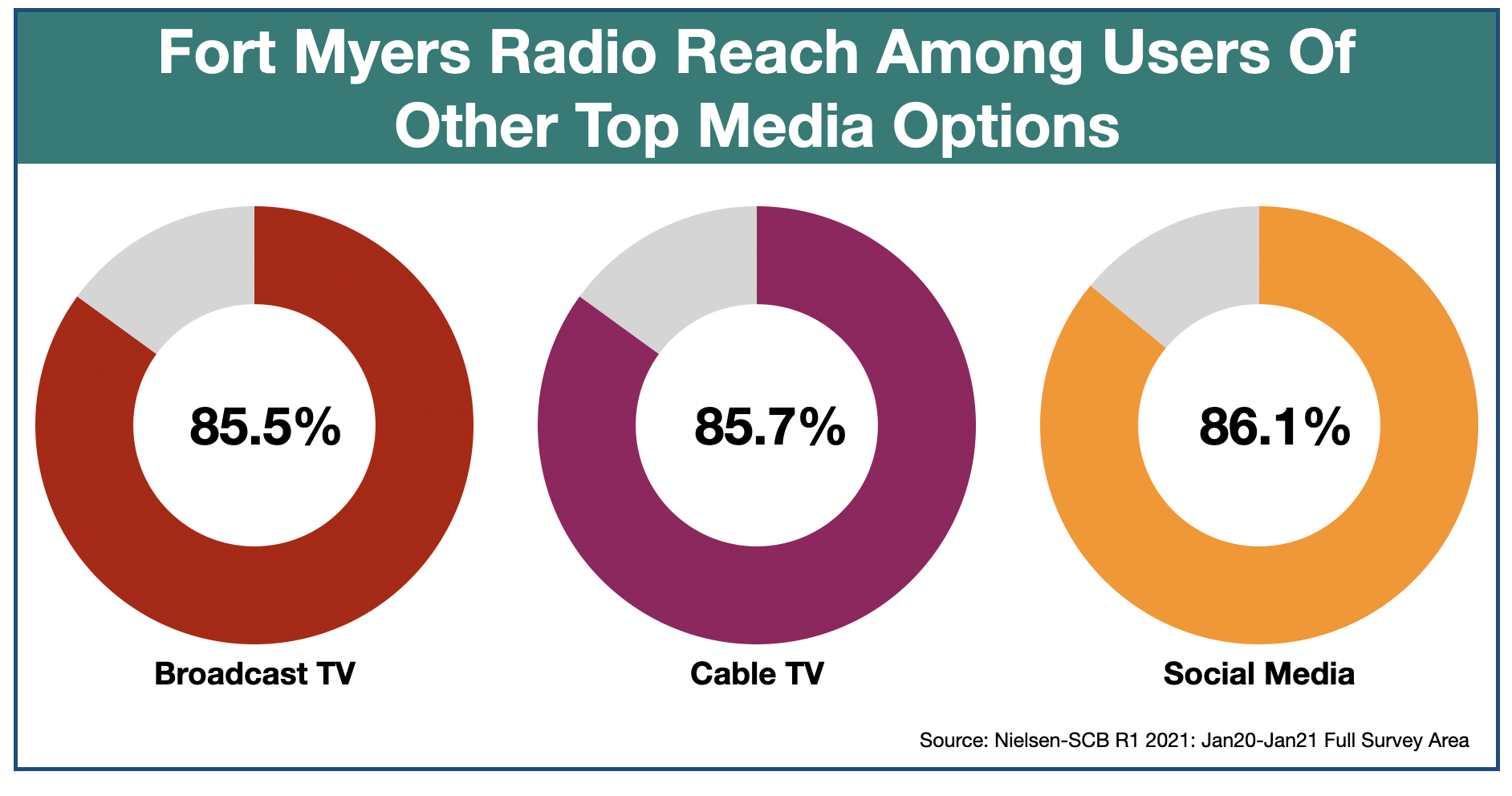 The reverse is not true, however.  Fort Myers TV, cable, and social media reach a remarkably smaller share of local radio listeners.

In addition to superior reach among local consumers, local radio has proven to provide the strongest return-on-investment among all advertising options available to Fort Myers business owners.

Over the past few years, Nielsen has conducted more than 20 studies to determine how many additional dollars in sales could be achieved for every dollar invested in radio advertising.  On average, the businesses studied generate $10,000 in sales lift for every $1000 spent. The ROI, therefore, was of 10-to-1.

According to Nielsen, the retailer experienced a 6.2% increase in sales growth during the campaign period.  The majority of the increase came from households where consumers were exposed to the advertising campaign.

According to Nielsen, people exposed to only the retailer's radio commercials represented only 20% of all advertising impressions. However, these same consumers were responsible for 42% of the sales increases.

Here is the bottom line of this study. The retailer earned a $28,000 increase in sales for every $1000 spent. A 28-to-1 return-on-advertising-investment.

A study conducted this year by Edison Research and NPR found that 50% of consumers who were exposed to radio commercials indicated that they were compelled to gather more information about a company, product, or service. Thirty-six percent of listeners said they were convinced to buy a product after hearing a radio commercial.

To reiterate, if it is affordable, then Fort Myers small business owners should consider using multiple media as part of an advertising campaign. When budget is an issue, however, and there is only enough money available to utilize one local option, then radio is the best bet. Fort Myers radio provides superior reach, consumer engagement, and ROI.

*Study commissioned by Cumulus | Westwood One