Advertising In Fort Myers: The Value Of Marketing To College Grads 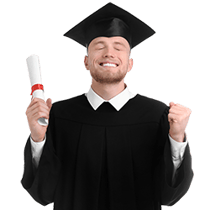 There's a reason many Southwest Florida small business owners target their advertising towards consumers who have completed a four-year college degree. It's because, typically, university graduates earn $29,106 more per year than those with only a high school diploma, according to The Federal Reserve.

There are, according to Nielsen, 357,458   college graduates living in the Fort Myers-Naples area. In total, this population generates $19.9 billion in annual take-home pay.

To tap into a similar pool of spending power, a marketer would need to reach 442,109 consumers who did not go beyond high school. The problem is, there is only about 79% of that number living in Southwest Florida

The number of people reached by a campaign is, generally, what determines the cost of advertising. So, for an SWFL small business owner operating on a tight marketing budget, spending can be kept in check by targeting those consumers with the most money to spend. In this case, college graduates.

Of all the advertising options available to local business owners, Fort Myers radio, by far, reaches the most college graduates.

Each week, local radio stations reach 92.2% of all college grads. This is significantly more than were reached by local TV, newspapers, social media sites like Facebook and Instagram, or streaming audio services like Pandora or Spotify. 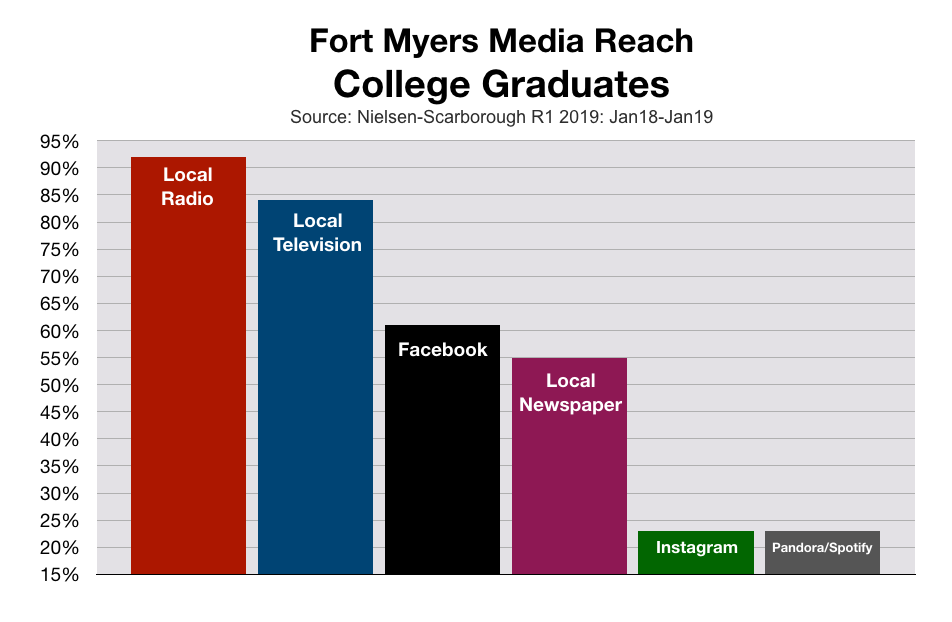 The value for SWFL small business owners to ensure their advertising reaches college grads becomes profoundly apparent based on the Nielsen data below.  This shows, compared to high school graduates, college grads are

Fort Myers radio's ability to precisely target those consumers with more money to spend illustrates why Deloitte, the world's largest business consulting firm, recommends that the medium be included in the mix of all companies that buy advertising.

"The August 2018 Deloitte Global survey found that the percentage of Americans who report listening to live radio is higher for those who are working, those with more education, and those with higher incomes."